As with most surgeries, weight loss surgery can be expensive. More people are turning to other countries to get treated – but at what risk? If you are finding surgeries for half price abroad, you have to wonder if something is missing. This act of leaving the country to receive medical treatment has started an entire new industry called medical tourism. Below are three stories of medical tourism that show some of the risks of outsourcing bariatric surgery.

In 2010 Victoria Rice decided to travel to the Obesity Control Center in Tijuana, Mexico to get her lap band procedure. The surgery would be two to three times cheaper than the cost of the same procedure in the United States, so she figured that it was a good option. She did her research and found that Dr. Ortiz had positive feedback so she scheduled her appointment.

After waking up from surgery she felt quite a bit of pain in her abdominal area, but the doctor told her that everything looked normal and that she was safe so go home. After making it back to her home to Washington the pain continued to increase.  Upon going to see a doctor at the Oregon Health and Science University, they told her that her band had slipped and was in the process of rubbing through the wall of the stomach.

Since she decided to have surgery outside of the United States, her insurance refused to pay to fix any complications. Even if someone’s complications are life threatening, insurance will not pay if you went out of the country for the surgery. After having procedures done to fix the lap band, her bills were already totaling $30,000, which is three times what she paid for the original surgery. Also, she could not get the doctor in Mexico to return any of her calls, and could not even get them to send her medical records.

Rhonda Christian, another one of the millions of Americans trying to save money, also decided to have her gastric bypass surgery in Mexico. There were many complications that occurred during her surgery that the doctor was not familiar with. When she returned back to the United States, she was in serious need of medical attention. Not only did the foreign doctor botch her gastric bypass procedure, but also left a gaping wound that had become infected with bacteria.

Before American surgeons could fix the mess of a surgery left by the Mexican doctors, they needed to get rid of the infection. After spending months in the hospital, she suffered a massive stroke as a complication from trying to fight off the bacterial infection. After this setback it will take her even longer to fix the original surgery, and will leave Ms. Christian with many irreversible problems in the future.

Our final story is of another woman who decided to look abroad for a solution to her weight problems. After doing her research, she chose the lap-sleeve procedure. Shortly after the surgery she began feeling pain in her abdominal area. After seeking medical treatment, she was diagnosed with a perforated viscus, which is a hole in the stomach that can cause the contents to leak into the body. This can be fatal if not caught early.

To fix the perforated viscus, she was quickly put into surgery. A laparotomy was performed to close the hole in the stomach. As a complication of the laparotomy she developed sepsis, and remained in the hospital for over 5 months before she was stabilized and released.

These medical tourism stories show how important it is to do your research before having surgery. All doctors do not have the same training, and if a procedure is extremely cheap, it is important to figure out exactly what corners are being cut. Medical tourism is a growing industry, but many people have yet to research the risks. If a procedure goes wrong abroad it can end up costing you much more than money, leaving you with irreversible side effects, that will affect your quality of life in the future. 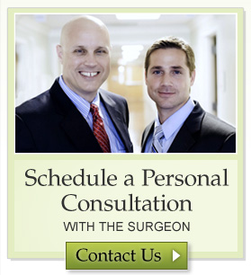